Cyprus The History of A Delight in One City 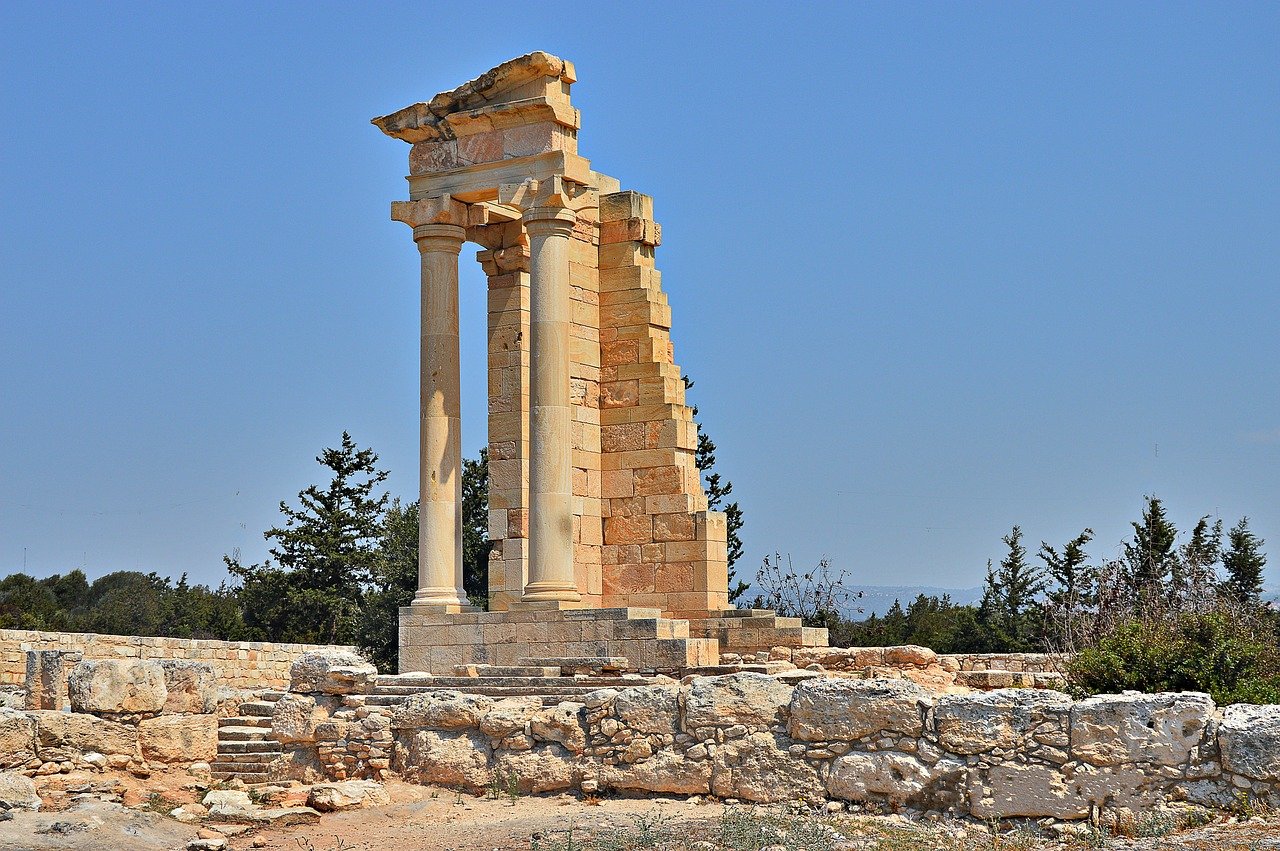 Cyprus is the third largest island in the Mediterranean and is geographically considered part of the mid-East. In 1974 Cyprus was invaded by Turkey and is today a divided island, with a Turkish army in the North, several UK military bases in the south and a UN peace-keeping force at the boarder of north and south. The line goes through the capital city of Nicosia (also known as Lefkosia).  The southern, Greek Part of Cyprus has been part of the European Union since 2004. It might seem that this division would give the island a strange tension, and it does when you see the fences and warnings. But this is quickly forgotten. Cyprus is a peaceful and fun place.

This discussion will focus on Greek Cyprus. As a former colony of the UK, Greek Cyprus has very strong british ties. You see the british influence everywhere, in the food, the driving (traffic is on the left) the electrical connections (bring a UK adapter with you for your devices). For the tourists, the advantage is that English is widely spoken.

Cyprus does not have a well developed public transportation system. While there are some bus lines running to a few locations, there is no national bus system. Bus information is poor and buses run infrequently. This generally means you will have three choices, stay in a centrally located hotel, keep within the confines of your hotel or rent a car.

To see the website of the company we rented a car from Click Here. Oasis offered good rates and friendly service though the car was quite old. They left the car for us at the airport and asked us to stop in Limmasol on the way to Paphos to fill out the paper work. This gave us a chance to see Limmasol and we decided that it was not a holiday location for us.

Cyprus is probably not for everyone, but it does have alot to offer. For example, there is a great range of scenary and climate on this little island. On the beaches it can be a sweltering 40 degrees, while just two hours away, in the Troodos mountains, it can be cool and refreshing. But Cyprus has been, in places, over developed and due to this it has lost much of its natural beauty.

The cities of Paphos, Larnaca, Limmasol, Nicosia and Agia Napa, in general, are not as attractive as the Greek villages of Mykonos, Hydra or Fira. Also, the main beaches for swimming are in the north east of the island. The shores of Limmasol and Paphos did not look inviting to us. But there is a relaxed holiday atmosphere in Cyprus that will spoil all but the travel purists.

There are some wonderful beach resorts that offer the travelers everything that they will want from a summer holiday in the sun. A few that we can recommend are written below (The contents of this website are copyrighted by TravelsWise.com, the

The Elysium hotel in Paphos is five star hotel that charges five star hotel prices. It is expensive, but you get what you pay for. The hotel is very well tended, with a very beautiful swimming area. The service is very good and the rooms are well designed. We took a small suite with a small private swimming pool, but would not recommend this option as the pool was not as private as we would have liked. The hotel is located outside of the main city area, so a car or taxi will be necessary if you will want to visit the city of Paphos or the nearby sites which include, the Paphos Harbor,  the temple of Aphrodite and the Tomb of the Kings.

The Napa Plaza Hotel in Agia Napa is one of the best hotels we have seen for Price/Quality. This hotel is located directly in the center of Agia Napa, next to the square. It is large, luxurious and beautiful. The pool area is pretty, though perhaps a bit crowded during peak hours. The breakfasts are generous and at the time of our visit, the dinners were amazing. Prefering to test the local fare, we generally eat in restaurants rather than our hotel. But Napa Plaza offered irresistable dinner bufferts at exceptional prices. The best part is, due to its location, a rental car is not necessary. You can easily walk all over Agia Napa and to the beach. Agia Napa is a fun town, with lots of restaurants, activities and outdoor events.  Also, there is bus service from the city of Agia Napa to Laranaca Airport. At the time of this writing, the Napa Plaza is still classified as a three star hotel, though it is equal in quality and luxury to some five star hotels we have visited. As a result, the Napa Plaza is possibly the best bargain in Cyprus.

Do you want to have four star luxury but pay two star prices? The small Nissi Park Hotel is a sister hotel of the much larger Nissi Beach Hotel. The latter has a beautiful swimming pool, beach access, fitness center etc. Guests of the Nissi Park are invited to enjoy all these facilities. The hotel rooms and the pool of the Nissi Park, are nothing special. In fact, they are very basic.  But the Nissi Park does have a pretty patio bar which is covered with vines and flowers that is beautiful in the evenings. And the day at the Nissi Beach or its swimming pool are very nice. Other than a few restaurants and shops, there is not much around these two hotels, so a rental car is advisable if you want to go into town or enjoy the nightlife. This would be a good choice for a young couple on a budget, but probably not the best selection for a family with small children. Even the short walk from the Nissi Beach to the Nissi Park, in the mid-day Cyprus sun will be too much for a small child.

The Dome is a modern well designed hotel with a beautiful pool area, near a pretty beach. And while we enjoyed our time there, one can’t but mention a few problems. First, it is isolated.  If you stay at this hotel, and you have no rental car, it is likely you will take all of your meals there, because there is little else around.  Second, there was a competition amongst the guests to get up early and reserve beds near the pool, or under an umbrella. The nicest locations near the pool would disappear very early. We did not like the look of the food from the buffet, so we never ate there.  The Dome was very pretty and well designed. This would be a great location for people who just want to stay at their hotel. But as we prefer a more central location, we would probably not return

Paralimni is a family beach resort just north of Agia Napa with some of the nicest beaches in the island. It is quieter, calmer and generally more relaxed than Agia Napa. If you stay at any of the central hotels here, a car will not be necessary. Evening walks along the main street, to one of the many restaurants and pubs are easy and pleasant  We stayed at Odessa Hotel, part of the Tsokkos chain of hotels which also owns the nearby Constantinos the Great hotel. As a guest of one we were allowed to enjoy the services of the other hotels which we frequently did. The Odessa is classed as a four star hotel and the Constantinos is classed as a five star. While both hotels were fine, neither deserves its class. Odessa should probably be considered a three star and Constantinos a four star hotel.

We ate well in Cyprus. Everything is on offer from fast food, pizza, Italian, Chinese. But if you want to eat traditional Cypriotic food in a beautifu. This is a restaurant that Cypriots go to, in the tiny village of Sotira. It is only possible to get there with a car. The Taverna is a short drive from Agia Napa and is well worth the trip.

Cyprus is the third largest island in the Mediterranean and is geographically considered part of the mid-East. In 1974 Cyprus…

PREVIOUS
Top 10 things to do in Minsk
July 1, 2021
Next
Prague Travel Destinations You Cannot Resist the Beauty
July 1, 2021