France The Tour Interest of Paris and Key History 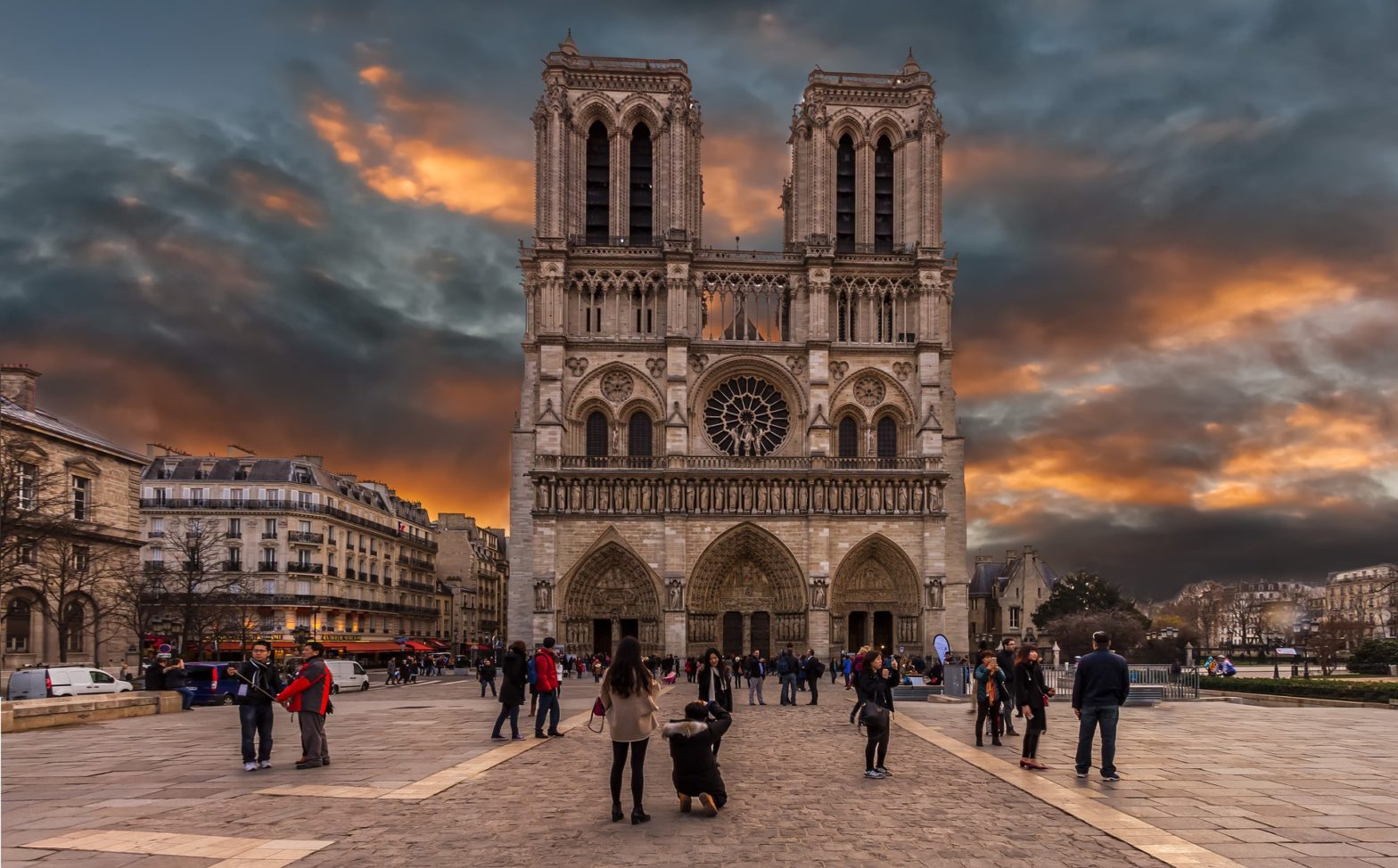 The train system in France is excellent. France is a leader in the highspeed train industry, with several highspeed lines such as TGV, Eurostar and Thalys criss-crossing the country. One thing to note is that many of the national train systems end at one of the six train stations in Paris. What does this mean? If you want to go from North France to South France, or East France to West France, often you must go through Paris, get out at one of the train stations on one side of the city, take a metro to the station other side of the city and catch the train to continue your journey.

When is the best time to travel to France?

As can be seen from the chart below, you have a 1 in 3 chance of precipitation in Paris all year round. So, when you go to Paris, prepare for rain or snow and you wont be disappointed. However, between November to March, the temperatures can get very cold. You will find the summer months of June through August, sunnier, a little dryer and considerably warmer and more comfortable.

Brief history of France:
In the first century BC, Romans conquered the Celtic inhabitants of what was then known as Gaul. The Romans imposed the Latin language on the locals and this gradually evolved into the French language. From the 5-10th century, the region was dominated by the Franks, a Germanic tribe, which controlled much of the central European continent. In 843 the Frankish Empire divided into Western and Eastern Frankish Kingdoms. These kingdoms eventually evolved into the countries known today as France and Germany. The name France is directly derived from Frankia or Francia.

On 21 Sept 1792 the monarchy fell and France became a republic, ruled by legislature. However, France went back and forth between being a republic and being run by a king, dictator or emperor. These periods are often spoken of as the five republics which reigned during the periods of: 1792-1804, 1848-1852, 1870-1940, 1946-1958, 1958-Present. The end of the first republic marked the rise of Napoleon I, the little general who conquered most of Europe. His nephew, Napoleon III ruled as president of the second republic and then brought it to an end by proclaiming himself Emperor of France. From 1852 to 1870 Napoleon III ruled as the last monarch of France.

France and Britain have long had a rivalry that goes back to medieval times. There were wars between the countries throughout much of history, both in Europe and in colonies abroad. The rivalry between Britain and France still continues to this day. Some of this rivalry has resulted in friendly competition. A recent example of this was the channel tunnel which completed in 1994, finished in a race to see which country could get to the center first. Britain won. The channel tunnel now connects the British Island to the mainland of Europe by train. A train ride from Paris to London takes just three hours.

From the late 17th century until the early 19th century, France dominated much of Europe. Due to this, French language, art and culture strongly influenced international affairs. French was spoken by everyone in Europe who considered themselves educated, especially with regards to the arts and diplomacy. Most European nobility could speak and write in French.

During this period Montmartre, a little hill in Paris, became the center of the artistic world. Possibly due to the stunning view of Paris, or the fact that, as it was then just outside of the city limits and was free of Paris taxes, or the fact that it was a poor and low-rent district, struggling artists from around the world gathered in Montmartre and established their studios. Through the years, thousands of artists such as Claude Monet, Henri de Toulouse-Lautrec, Pierre-Auguste Renoir, Henri Matisse, Vincent Van Gogh and Pablo Picasso had studios in Montmartre. As French military domination of Europe ended, Montmartre ensured that France would continue to dominate the artistic world for decades to come.

Key Cities of Interest: Paris TransportationFrom inside Europe the most common form of transportation to France is airplane or train.…