Switzerland Travel Guide Where The Country Stands in Size 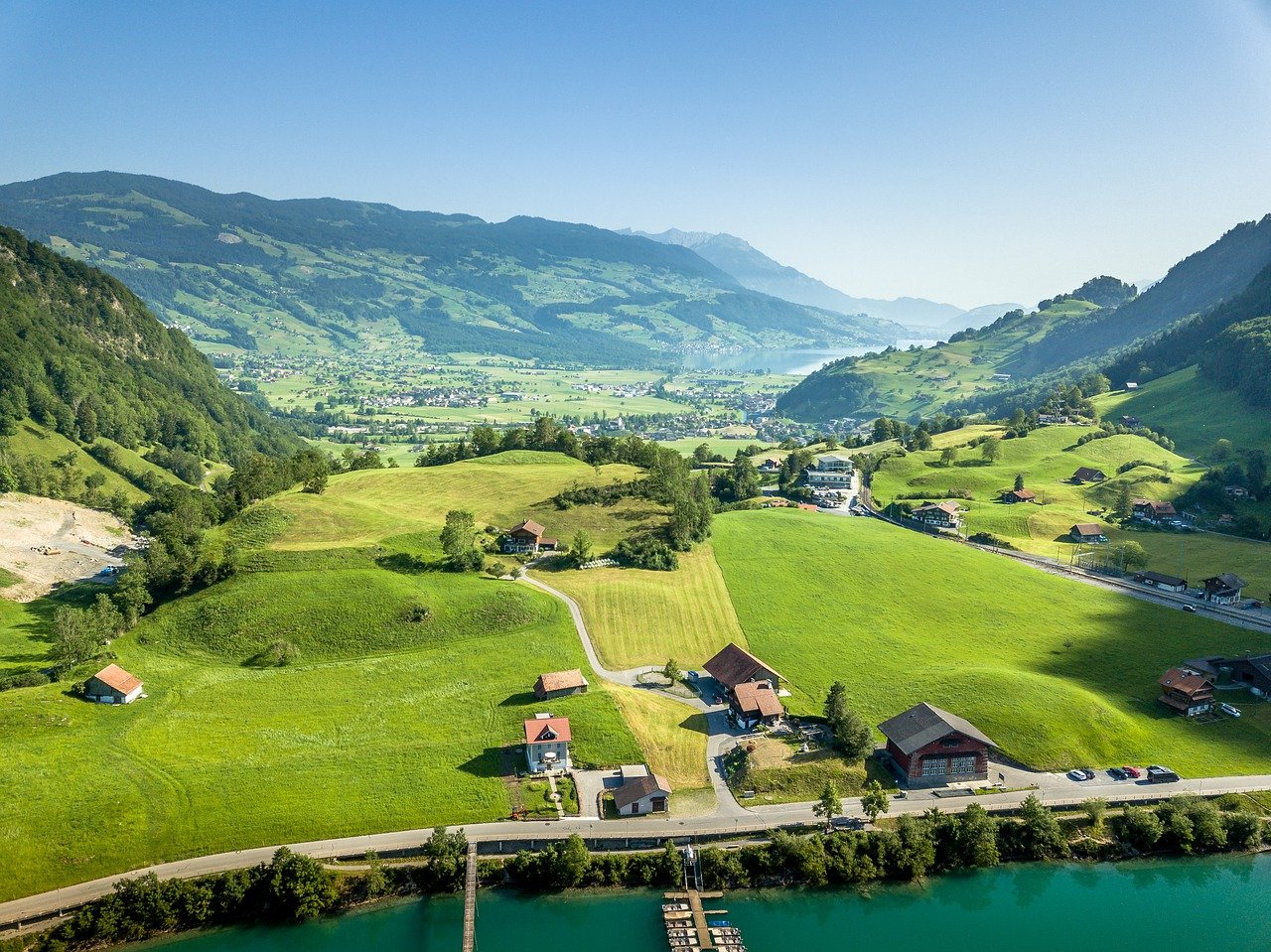 Switzerland is one of the smallest European countries, but it has one of the strongest economies. Switzerland is the fourth richest country in the world (ranked by nominal GDP per person). Though it takes only three hours to travel the length of the country, there are FOUR national language separated by area. The largest area speaks Swiss German, a dialect of German. Swiss German is so different from German that most Germans can not understand it. The largest cities in the Swiss German area are Zurich, Basel, Bern and Luzern. Over 65% of the Swiss Population speaks Swiss German. The French region is the next biggest area and includes Geneva and Lausanne. About 20% speak French. The Italian region, with Lugano as the main city, makes up less than 10%. The Romanch region with St Moritz as its main city makes up less than 1% of the population..

Of European countries, Switzerland has:

· some of the highest mountains

· the most number of working hours per person

· the largest percentage of people over 100 years old

· the highest proportion of people renting their homes

· the highest number of asylum seekers per capita

One of the best features about Switzerland for the traveler, is its amazing public transportation system. It is arguably the best in Europe and perhaps the best in the world. It is comfortable, relaxing and nearly always on time. If you know what time your train is due to arrive in your destination, you do not need to look out the window to see where you are. Simply look at your watch. 98% of Swiss trains arrive on time, which means less than 4 minutes delay. Swiss transportation is also affordable. Adults can buy a 4 day pass for under $200 for unlimited travel on all trains, lake steamers and city transportation lines. Children under 16 travelling with an adult travel for free. Alternatively, if your travel is limited to just one city (such as Zurich) you can buy a 24 hour pass just for that city for Sfr 5-10.

Some of the negative features about Switzerland for travelers are:

· The high costs. Switzerland is expensive. But we will try to give you tips to enjoy your time on a minimal budget

· Hotel policy in Switzerland often requires cancellation several days before arrival to avoid paying large cancellation fees. Photos on internet sites can be misleading or deceptive, showing for example, only the beautiful views from the hotel and not poor conditions of the rooms. If you do not know the hotel, it is often best to book only for 1-2 days to avoid disappointement. We will give you suggestions for what we think are good hotels.

.· Switzerland is not in the EC and does not use the Euro. Some business will accept it, but will give you a bad exchange rate. The mighty Swiss Franc is still king.